A mysterious Academy, secret powers, mind-bending technology and a group of nine friends who must band together if they are to save Solarum from the clutches of a nefarious tyrant.

With companions to help them along the way, plenty of adventure and layers of history to unearth, the Mastery Chronicles is a journey like no other – going straight to the heart of what it means to be human in the midst of a tumultuous reality.

*Please note, this is a guide only and is likely to change as the series is completed. At this stage Swordmaster is undergoing beta-testing with younger readers and I’m almost finished the second draft of Firemaster.

When twelve-orbit old Ethan Oswald (The Questioner) suddenly discovers that he has extraordinary physical powers, he must decide whether to trust himself or return to the way things were. With his friends in danger and his family at risk, Ethan must dig deep to find his courage and face his greatest fears.

Who are you if you lose all your memories? Ten-orbit old Harrison Oswald (The Enthusiast) struggles to figure out when he emerges from a difficult ordeal. With his powers suddenly missing and a world who needs them, he must face great pain – the very thing he has always avoided – and learn to accept hard truths.

What happens if your greatest achievement is being used to cause great harm? Fifteen-orbit old Oliver Michaels (The Achiever) must find out how to move past this crippling failure and learn to choose loyalty to his friends even when it goes against everything that comes naturally to him.

Fourteen-orbit old Sapphire Flynn (The Creative) has the power to paint portals to other worlds but she always secretly wonders if she is enough. Will her insecurities lead to her downfall or will she learn to use her emotions as a tool to help her connect with what’s important?

With an uncanny knack for coaxing life out of seeds and discovering the hidden powers of botanical plants, twelve-orbit old Trinity Wright (The Helper) is thrilled to use her powers to help those around her. But what happens when she is accused of meddling in her friends’ lives? Will her anger implode her relationships or will she be able to find a path forward?

Twelve-orbit old Charlie Chalk (The Perfectionist) is deeply fascinated by the history of Solarum but someone appears to be stopping him from finding out the truth about the ancient Masters. Can Charlie overcome his resentment with those around him and learn to have compassion for himself even when misuse of his time-travelling powers leads to the worst mistake imaginable?

Feisty Luciana Lopez (The Challenger) is forever jumping headfirst into life and then having to mop up the mess later. When she discovers that her pen has the power to create stories that come to life, she celebrates that finally she has the ability to control the incompetent ones around her. But what happens when she acts impulsively and it all spins out of control? Will she learn to use her gifts to help those who need it the most, or will she become enamoured with the increase in her power?

Fourteen-orbit old Clementine Lark (The Investigator) thinks she knows all there is to know about Solarum and its place in the universe, but she is beginning to discover that knowledge alone is not enough. Will she learn in time that she needs the emotional ups and downs of friendship just as much as her secret power for moving between worlds?

When ten-orbit old Quinn Michaels (The Peacemaker) discovers that she has the knack for altering moods through the power of song, she tries to use it to bury all of their disputes. When the friends miss a key clue, however, Quinn has to face the reality that conflict has a necessary place in their lives. 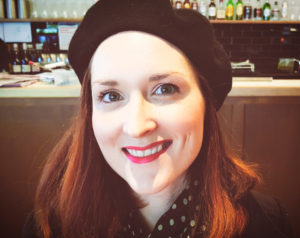